For many, DC Comics has always just been the comic company that rivals Marvel and that has ownership over Batman, Superman, and Wonder Woman.  Some fans argue that DC is much more than that, due to its plethora of unique characters, but what many don’t know, fans and non-fans alike, is that DC publishes their comics in ages, or eras.  In all, there are five ages:

In this post I will be going over each age and a little bit of the characteristics of each one, in chronological order.

The Golden Age, 1938-1955, was known for it being the start of Action Comics (1938), the first issue that contained everyone’s favorite Kryptonian, Superman.  The following year, the first issue of Detective Comics debuted, integrating in the caped crusader, Batman.  During theses early two years, villains of Batman and Superman developed, but it wasn’t until the 1940’s when the series All-Star Comics arrived, that new heroes were introduced.  In All-Star Comics #3, the Justice League of America (JLA) was introduced, creating soft spots in fans’ hearts for new characters like Flash, Green Lantern, and Hawkman.  In #8 of this series, the first female superhero, and one of the most iconic female superheroes today, was introduced.  We know her as Wonder Woman.

The Silver age lasted from 1956 to 1969  and is iconic for showing the JLA’s characters’ backstories.  For example, in Showcase #4 (1956) the Flash’s alternate identity, Barry Allen, was introduced.  This is historic because most comics just featured adventures of superheroes, not their everyday lives, but DC found a way to show both.  Another monumental thing about the Silver Age is that it developed DC’s multiverse.  This was accomplished by having a crossover issue where Silver Age Flash traveled to an alternate universe and accidentally met his Golden Age counterpart.  Today, DC’s multiverse is one of the most interesting factors about the company, due to it being the first of its kind.  Even rivaling comic companies, such as Marvel Comics, haven’t capitalized on its multiverse as much as DC Comics has.  Another early comic in which the multiverse came into play was Justice League of America #21 (1961), when The JLA meets the Justice Society of America (JSA), later becoming a traditional yearly crossover.  The Silver Age also gave us Batgirl (A.K.A Barbara Gordon), who originally starred as an independent hero, but later joined forces with Batman. 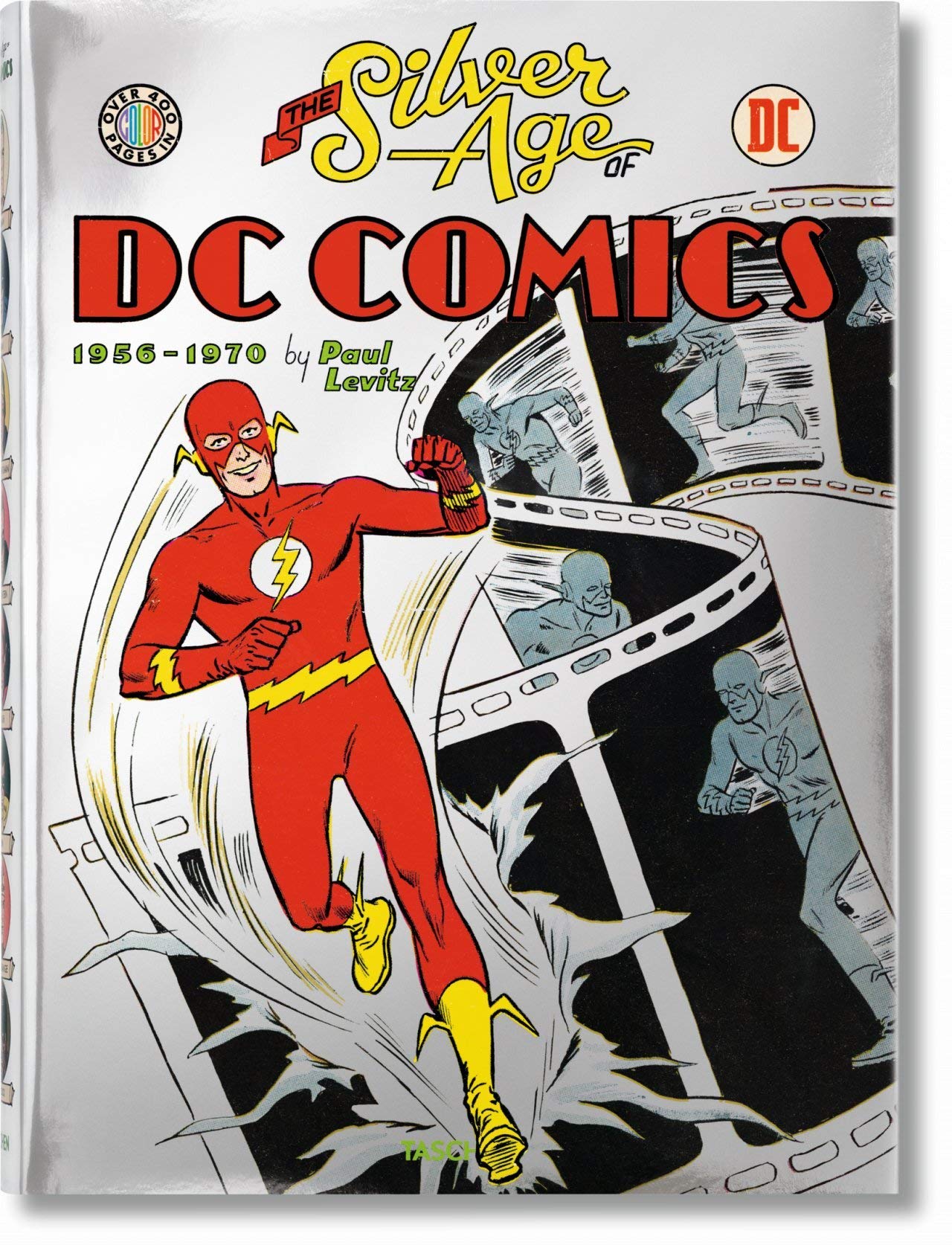 DC Comics is known for being significantly dark and gritty, but as you can see, in earlier ages, it wasn’t always like this, but the Bronze Age was the start.  This is because of the famous issue, “The Secret of the Waiting Graves”, where we learn darker things about Batman’s past and origin.  Since the Bronze age was 1970 to 1983, there were bound to be some political views and preferences hidden throughout the comics.  This had been featured in comics before, from characters fighting Nazi’s to Communists, but during the Bronze Age, the “social commentary” had a bit more to do with America and its decisions and problems.  For instance, in Green Lantern #76 (1970), more modern issues were brought into play, such as featuring Green Arrow’s apprentice/sidekick, Roy Harper, A.K.A Speedy (Later Red Arrow and then Arsenal), being hooked on drugs.  In 1971, The New Gods were introduced through New Gods #1, in an action packed, intergalactic war, and in DC Comics Presents #26 (1980) the Teen Titans were introduced.

As mentioned earlier, DC is pretty violent, dark, and gritty.  This is really shown in the Dark age (1984-1998), which showed Batman going through some extremely rough and troubled times.  The Dark Age featured notoriously depressing comics such as Batman: The Dark Knight, Batman: A Death in the Family, and Batman: The Killing Joke.  These were infamous for the controversial death of Jason Todd (The second Robin) (A Death in the Family), and the disabling of Barbara Gordon (The Killing Joke), both atrocities having been committed by the Joker.  The Dark Age also set the stage for the Modern age, by debuting, into comics, everyone’s favorite murderous jester, Harley Quinn, who was previously just a minor antagonist from the Emmy-winning cartoon Batman: The Animated Series.  Other characters that were introduced were the Watchmen, Darkseid, and Doomsday, who actually killed Superman in Superman Vol 2. #75 (1993).  Another iconic event from the Dark Age was Zero Hour (1994), which was a series featuring an evil, crazed Hal Jordan (Green Lantern).

The Modern age (1999-present) is what we currently read when we obtain new issues of DC’s comics.  Some crucial things that have happened so far in the Modern Age are the New 52 (the 2011 revamp of all the DC heroes) and DC Rebirth, which have set the stage for the newest version of DC.  There have also been some very important series such as Blackest Night (2009), in which DCU (DC Universe) characters, heroes and villains alike, were recruited to be Black Lanterns, due to A.I.s created by the infamous intergalactic villain, Nekron.  Lanterns from across the whole emotional spectrum were forced to work together to form a resistance against the Black Lantern Corps.  Shortly after Nekron was defeated, the partner series, “Brightest Day”, ensued , causing the “Rebirth” of many characters, such as Swamp Thing.  This said “Rebirth” was the baseline for the DC: Rebirth comics, in which most characters had their own series.

I hope this helped those who were confused on the matter of the different “ages” because, long story short, each age is just a time period which has a different theme or aesthetic from the others.