First appearing in Alex Olsen: House of Secrets #92 (July 1971), which was originally a horror one-shot, Swamp Thing has since gone down as one of the most unique characters that DC Comics has ever published, as he is not a necessarily a hero or villain, rather a “protector of nature,” as he calls himself.  This helping when he became involved with Justice League Dark, who’s members are also in between good and evil. The idea for the character came from the famed comic creator responsible for Marvel’s Wolverine, Len Wein.  Wein stated that he came up with the idea on the subway and that he kept referring to it as, “The swamp thing that I’m working on,” ultimately making its name just that.

As for Swamp Thing’s backstory, as with most comic characters, has had multiple versions, but the most notable being that of Alex Olsen, since that was the original.  In this version, Alex Olsen, a young scientist living in early 20th century Louisiana, was killed by his lab assistant who was jealous of the man in many ways.  He set up a chemical explosion that would trigger when Olsen used his lab, which ultimately killed him.  The assistant then dumped his body into a nearby swamp, oblivious that the combination of the chemicals Olsen had been doused with and the swamp’s organic material caused him to rise back up from the dead as a humanoid glop of vegetation and gunk.  Olsen then exacted revenge on his assistant, but was forced to live the rest of his life as Swamp Thing, who many assumed to be a monster due to his appearance and blunt brutality.  Eventually, Swamp Thing becomes the leader of an ancient organization of Plant Elementals (a fictitious species of humanoid plant creatures that existed long before humans) called the “Parliament of Trees”.  After this event, Swamp Thing’s main goal was to protect all of nature and the environment, stopping anyone who tries to cause it harm, good or bad.  Thus making him a steady balance between hero and villain.  Swamp Thing now also has a live-action TV show directed by James Wan (The Conjuring and Saw), which is on DC’s streaming service: DC Universe. 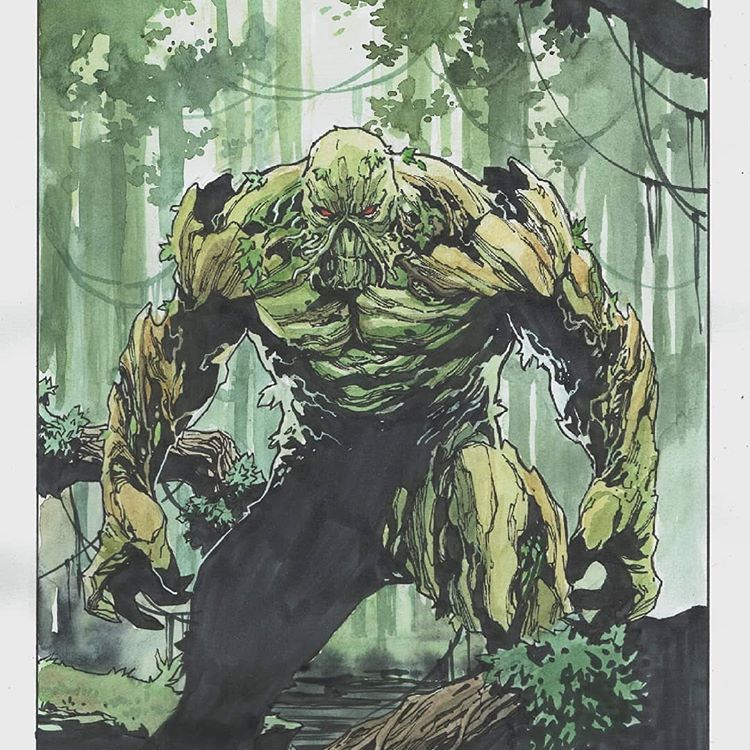 Occupation: “Protector of Nature”, member of the Parliament of Trees

Base: Louisiana, any swamp

Foes: The Floronic Man, anyone who causes harm to nature

Zatanna Zatara, first appearing in Hawkman #4 (November 1964), is known in the DC Universe as both a stage illusionist/magician, as well as a sorceress.  Daughter of Giovanni Zatara, another magician, Zatanna is of the fictitious “Homo Magi” species, along with all of her relatives.  Zatanna is most commonly associated with Justice League Dark, a team of heroes and vigilantes alike, all of whom possess magical or mystical powers, and had a brief relationship with John Constantine, a fellow member of Justice League Dark.

Some of Zatanna’s abilities include:

From the planet Bolovax Vik, Kilowog is known among fans as one of the strongest Green Lanterns ever to be introduced.  In the comics, his role as recruit trainer has led to many success stories, such as Hal Jordan and John Stewart.  Kilowog takes his role as drill-instructor/trainer very seriously because he knew what it was like to join the Green Lantern Corps. and to have a very strict teacher.  When Kilowog was recruited, he was trained by the extremely tough, Ermey.

Kilwog is not only an exceptional Green Lantern, but he is also a very intellectual scientist.  Using his knowledge and strength, he became one of the head planners of the corps.

First appearing in More Fun Comics #55 in 1940, he has been featured in many different animated movies and cartoons.  Additionally, Dr. Fate has had time on the small screen being featured in DC’s Legends of Tomorrow, and he even has his own DC Rebirth comic series.

The interesting thing about Dr. Fate is that it is actually just a helmet that requires a host body.  The spirit that possesses the helmet is called Nabu and has had many different hosts in the past. The main and most loved host has to be Kent Nelson.  Kent Nelson is actually just an old man that found the magical helmet while digging at an archaeology site in the Valley of Ur in Mesopotamia.  Once he put on the helmet, Nabu took control of his body, and didn’t let him go until Nabu found a host body that was just as good of a match.  Until the new host was found, Nelson began to enforce the laws of the mystic order.  Multiple members of the Justice League have been Dr. Fate, but newest host is Khalid Nassour.

Foes: Anyone who disobeys the Order